This year was a bit painful, to be honest.

I’ve been sitting on writing a post summarizing the happenings of 2015 for a while now, largely because the year began with screeching brakes. Like someone pulled the e-brake and sent me spinning into the ether. I was let go from Creative Commons.

In my final conversation as a staff member of CC, I told Cable Green that Creative Commons had been an incredible experience for me: my own personal accelerator. Communing with scholars at prestigious universities, bumping shoulders with insanely talented scientists/programmers, and travelling to foreign lands. Picking the brains of do-gooders, attending social events with Bay Area techies. Expanding and refining my own idea of what “open” is. As it turns out, “open” means something different to everyone (duh). 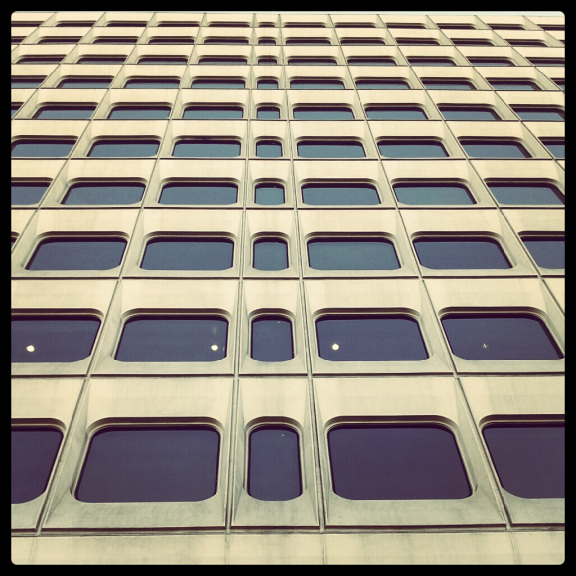 But what I keep turning my thoughts back to was a passing comment made by Tim Vollmer on my first day interning with CC. Having only stepped foot in the Mountain View headquarters of CC once before (during my interview for the internship), I came to realize that CC was tiny. It was really very small. A handful of administrative staff (what up Meryl, Val, & Jill!) and half a dozen borderline-hipster staff all plugged into computers. Headphones on, some looked up as I walked in and gave a half-smile, others weren’t even phased by the presence of a newcomer in their workspace.

It’s interesting to see how the sausage is made, isn’t it? Might not be what you expected.

Wow, I thought. This massively influential project was being steered by a tiny team working out of cubicles in a suburb of San Francisco? Geesh, that much mean that either the collective power of these staffers is ginormous, or that they’re really good at maintaining CC’s image and online presence. To nobody’s surprise, it turned out to be both.

Learning on the fly as I always had, I learned more about professionalism in the technology sector over the three years I spent with them than I thought imaginable. Jumping into heated conversations between developers, dodging ping pong balls in the waiting room at tech startups, and fully putting on my academic hat when greeting chancellors and VPs of universities: these were things I needed to learn how to do, or sink. Very little was certain day-to-day, and I did my best to learn as much as I could about free culture, copyright, Web technology, scientific research…and stay abreast of the latest happenings and crises in the CC world. When it came down to managing the exit of the past CEO, the several month period when CC ran headless, and then the onboarding of the new CEO, I fell short. I didn’t duck quickly enough, or weave fast enough. Professionally at least.

Because beyond requiring a fundamental understanding of how free culture, technology and openness collide, working at at a tiny high-power technology company like CC demands that you know professional judo.

Professional judo is a set of skills that sit closely to those in the image and online presence maintenance domain, I would say. It means optimizing everything, now. It means understanding how to negotiate situations so that your goals are met, period. It means being able to dodge bullets and escape traps, and always end up on top. It means coming up with vibrant branding and marketing messages that make everyone supporting you feel like they are being spoken to directly. It means delivering a prototype before anyone else can. And it means knowing how to quietly hold your cards. It means you can do any of these on cue, at the direct expense of others.

So as it turned out, those professional skills I had been honing didn’t include enough judo. I assumed that spending time having in-depth conversations with great minds in technology and society was more important than spending time figuring out the next sweeping hip throw I could use to dismay the next person who challenged my actions. And I thought it more important to build connections between desparate nodes within the global community of open practitioners than to spend time carefully wording an response that would make my own plans certain. Those assumptions and more meant that I’ve ended up a bit lopsided in terms of skills gained during the “personal accelerator” of being at CC. And it meant that when I lost my job at CC, myself and the other more-than-a-third-of-the-staff who were let go had no idea it was coming.

I would be lying if I said that it wasn’t still on my mind from time to time, and a lie if I told you I hadn’t once-or-twice written a post about my transitioning/exiting/right-sizing (or whatever cool term you’d like to call being fired). But at the end of the day, I’ve reached a wonderful level of happiness where I am (in Hawaii) with the people around me (cuz the best folks stick around) doing work I’m passionate about (helping people learn). And I’m still seeing opportunities to be involved with open technology communities, whether they be in science or government or education. And they don’t mind my lack of judo skills, which is nice.

So what’s the next chapter?

I’d love to say I know what I’ll being doing next. Who I’ll be working for, or how involved I’ll remain with the university doing the things I do now. Or which tech startup might approach me. Or ya, any of those options and more.

As I find time to write, however, I’ll do my best to document the process (as always intended).

Happy Twixtmas, and best wishes for the coming year :)